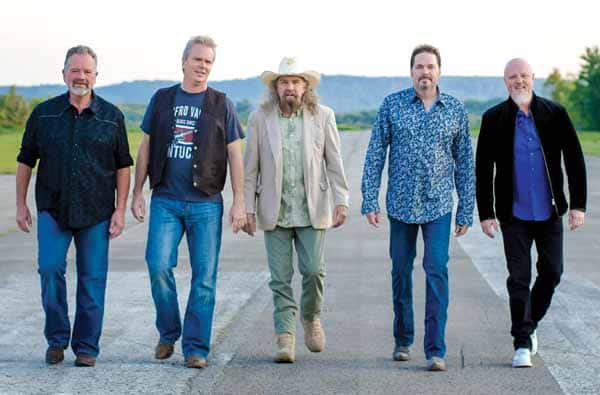 Just the look in the pilot’s eyes was enough to tell Artimus Pyle that the plane carrying him and the rest of the band Lynyrd Skynyrd was going down.

Pyle had been going back and forth between the cabin and cockpit, sitting in the navigator jump seat. “You better go back and strap yourself in,” the pilot said, some of the last words he would ever utter. “So I did the stewardess thing, telling everyone to buckle their seat belts and grab a pillow or something to brace for impact,” Pyle said in a 75-minute phone interview.

Artimus was sitting in the first seat on the aisle over the left wing when the Convair CV-240 crashed after running out of fuel near Gillsburg, Mississippi. “I had to push jagged metal away to unbuckle my seat belt,” Pyle, the band’s drummer, said. “I could see the ground below me but to get there I had to force my legs through the metal and made a hole to get out.”

He helped one trapped person out and made a tourniquet for another. Then he set off for help. “I thought I had serious internal injuries,” Pyle said, what turned out to be “only” torn chest cartilage. “I just wanted to get someplace and lead help back while I was still able.”

When he approached a nearby farmhouse the occupant’s first response was to shoot him. “He shot me in the left shoulder, he winged me,” Pyle recalled. “I yelled `plane crash!’ with what I thought was my last breath.”

Instead 41-plus years after the tragic 1977 crash that killed six, including bandmates Ronnie Van Zant plus Steve and Cassie Gaines, Pyle is still making music. He brings the Artimus Pyle Band (aka APB) to The Cave Big Bear January 20 for a night of Lynyrd Skynyrd music from one who lived it, treating each song, every note, as a tribute to his friend Van Zant. He notes on APB’s website, “If it wasn’t for Ronnie, no one would know my name.”

That might be a stretch because Pyle is well known for his double bass drumming after joining Lynyrd Skynyrd for its third album, Nuthin’ Fancy a big part of the band’s distinctive sound. But his point is made nonetheless, and he and APB stay true to the music that made him famous. And keeps him busy!

“I dropped three albums in one day,” he said of 2018 releases that included “Walking in a Winter Wonderland” for William Shatner’s Christmas album. “I put down a monster drum track on it,” Pyle said. “When (Shatner) heard it he sent back in all caps `I Love it!”

What’s more, summer 2019 may also be hopping with the expected release of the film “Street Survivors: The True Story of the Lynyrd Skynyrd Plane Crash” based on Pyle’s recollections of the tragedy. “It focuses on the day before, day of and day after the crash,” the Rock and Roll Hall of Famer, inducted in 2006, said. “I wrote a 22 hour screenplay. It’s a live action film with actors and actresses about one specific event. I didn’t negotiate a single dollar for myself.”

An appeals court only ruled late last year that the project could move forward, after Van Zant’s widow and current Skynyrd members sued to prevent its release. Which is also part of Pyle’s story: he helped make the music and the money, but cashing in on it has been a lifetime challenge since the plane crash.

Yet it’s aptly titled because he’s a real Street Survivor, as the Skynyrd song title the movie is based on suggests. Heck, 1977 isn’t the only plane crash Pyle, a pilot, has survived! There’s been two others, and ironically his Dad passed in one too. Artimus has survived several car and motorcycle crashes—one left his leg broken in 20 different places. Like a cat, he seems to have multiple lives.

All of which you might expect from Skynyrd’s “Wild Man” as he was dubbed by Van Zant after jumping out into the audience in 1977 to break up a fight. He’s endured legal problems, drug and alcohol abuse and more, yet at age 70. “I’ve never had my life flash before my eyes,” he said.

There’s been some version of APB around for 30 years, but Pyle said this is the best. “The band is all Southern gentlemen,” he said. “We’re going on eight years together. There are Lynyrd Skynyrd copy bands and covers in every city in America—I’ve played with some of them—but this is the best. We’re not a dress up or try to look like band.

“Saturday Night Special” was Pyle’s first song with the band and for years his favorite. “But over the years with the loss of the plane crash, greed of people surrounding the band, every song is special,” Pyle said. “We play these songs better than anyone in the world. They’ll be yelling for `Freebird’ on Mars!”